Orcas and Southern Right whales have been sighted in Tasmania last week.

I can hardly describe how excited we have been, when we sighted the pod of orcas off Waterfall Bay last week. We’ve noticed  a lot of feeding activities the weeks before with Australian Fur Seals and Common Dolphins rounding up schools of fish. Our highlight so far was to see some Southern Bluefin Tuna appear out of the blue and swoosh past on their hunting mission. These fish can swim as fast as 70km/hour.

On this particular day, all the fishing boats have already left the area and it was thought that the fish were gone. 15 minutes before sunset a cluster of albatrosses caught our eye, followed by 2 distinct blows. We went to investigate and spotted the pod of orcas. One of these amazing hunters managed to catch a tuna and brought it up to the surface.

Orcas are extremely intelligent creatures. They hunt in groups and use a technique called ‘endurance-exhaustion method’ to catch fast swimming fish like tuna. Here in Tasmania, we are very blessed that we get to see these beautiful animals  wild and free. The identification process is still in progress. We don’t have the final confirmation yet, but it might be a new pod.

To top off the excitement of our orca encounter, we got told that Southern Right Whales have already been sighted off Tasman Peninsula. It seems like the whale migration season has started early this year. Looking forward to more whale sightings soon and to share our photos on the net.

This season has been the best for whale watching in Tasmania. We’ve been blessed this year and got to share with our guests a lot of amazing encounters with Humpback Whales, Southern Right Whales, Dwarf Minke Whales, Blue Whales and Orcas.

During the Humpback Whale migration, these beautiful animals were putting on a show for us: numerous acrobatic breaches, mothers with calves feeding together and a few very lucky customers even got to see these graceful creatures underwater on our seal swimming trips.

Tasmania is one of the few places on Earth with untouched wilderness, unique plants and diverse wildlife. Lets protect this amazing place and look after it for future generations!

Only about a week ago, we got a new family member. This cute little guy waving at the camera is Wally, a young Bennett’s wallaby joey.

He hasn’t had to be on his own for too long. Look who moved in with him…

Little Rose was a bit stressed and dehydrated but Wally’s company helped her recover. 🙂

Thanks to everybody who has joined or is going to come on our tour! You help us give a bit back and save the lives of orphaned wildlife. All guests of our Seal & Ocean Expedition are invited to come and meet our joeys after the tour (if the animal’s health permits).

The whale season has started. Southern Right and Humpback Whales (both listed as endangered under the Tasmanian Threatened Species Protection Act 1995) are traveling northwards to warmer breeding areas and can now be sighted on our coast. Keep an eye out and report sighting to the Nature Conservation Branch 0427-942537.

The biggest animal that has ever existed on the planet!

We got to spend some time with a Blue Whale on our afternoon trip yesterday. Blue Whales are the largest animals that have ever existed on the planet and one of the rarest whale species with an estimated population of less than 2% of their original numbers in the Southern Hemisphere (status: endangered).

Blue Whales can easily be distinguished by their enormous size (up to 30 meters long) and the huge blow when they surface and exhale which can reach a height comparable to a three-story building. Their tongues alone can weigh as much as an elephant and their hearts as much as a car. Despite being so massive, Blue Whales feed on some of the smallest marine life: tiny shrimp-like animals called krill. An adult Blue Whale can consume 3,600 kg of krill a day!

While sightings of the endangered Blue Whale are rather rare, it is a life-changing experience to observe these impressive giants of the ocean. The best thing about our boat tours in Southern Tasmania is, that we never know what the next day is going to offer. With such an abundance of marine life, there is always a chance of a very special experience! 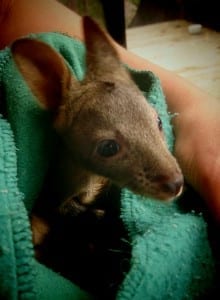 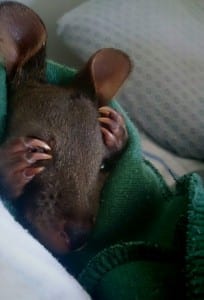 New family member in our wildlife rehab center. Little Paddy weighs only 300 grams and was brought to us a week ago. Please drive with care and watch out for wildlife! Free and wild. An amazing gift from the ocean today. We got to watch  Orcas feeding on a sunfish off Cape Hauy this morning, right next to our boat. An unbelievable experience! 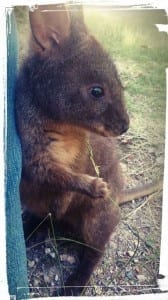 Roobie has grown up and is ready for her life in the wilderness. We released her last night. She wasn’t real sure about that idea, ha! Sniffed the fence and tried to sneak back inside.. But after a few minutes, she went on discovery tour into the bush. All the best out there Roobs! We love you!

We’ve had a few unique encounters with some #Sun

Holiday season is coming up and we’ll be operati

Our favourite photo of our Orca encounter the othe

See whales all year round with our special edition

We had another visit of a pod of Killer Whales aga

Today, we can only dream of calm conditions like t