The last Humpback Whale migration south, between September and November 2020, has really been something special. Not only in Tasmania, but all along the south-east coast of Australia.

We’re excited that we had the opportunity to contribute photographic evidence of the formation of ‘super-groups’ of Humpback Whales as well as ‘bubble-net feeding’ behaviour to a scientific paper that got published two days ago. The paper by Vanessa Pirotta, Kylie Owen, David Donnelly, Madeleine J. Brasier, Robert Harcourt is titled: First evidence of bubble-net feeding and the formation of ‘super-groups’ by the east Australian population of Humpback Whales during their southward migration. If you are interested, you can access the full paper here. It’s definitely worth a read! 🙂

Dr. Maddie Brasier, who is one of the co-authors of the paper and also our ‘in-house’ marine biologist has put together why this publication is another important step towards ensuring the conservation of Humpback Whales in Tasmanian and east Australian waters, so read on:

Pirotta’s paper includes three accounts of bubble-net feeding within Tasmanian waters, all three of which were recorded by Wild Ocean Tasmania.

Bubble-net feeding is when Humpback Whales expel air underwater to create a ring of bubbles around their prey. They then lunge towards the surface inside that ring of bubbles, engulfing a massive mouthful of food. Bubble-net-feeding can be performed by single individuals or multiple animals lunging into the same bubble-net. All observations of bubble-net feeding by Wild Ocean Tasmania in the 2020 summer season involved single individuals.

To create the bubble-nets, Humpback Whales turn tightly whilst expelling air. Humpbacks can do this, because their huge flippers are edged with tubercules. These fist-sized bumps contain one hair follicle that is connected to a series of sensitive nerves. The tubercules increase lift and decrease drag as they swim through the water. These physical features make them incredibly hydrodynamic and more agile than other whale species.

Prior to the observations recorded in Pirotta et al. bubble-net feeding in the Southern Hemisphere had only been formally documented in Antarctica. These new observations are really exciting, and we feel incredibly lucky to have documented these events in Tasmanian waters.

Why are these observations important?

It was believed that Humpback Whales followed the “feast and famine” rule whilst migrating, feeding only in their polar feeding grounds, then fasting on migration and in their sub-tropical calving grounds. We now know this is not the case, with many records and sightings of Humpback Whales feeding during their migration in previous years, including many Wild Ocean Tasmania sightings here in Tasmanian waters.

Feeding during migration, also referred to as supplementary feeding, suggests that there is a need for Humpback Whales to supplement their energy supply outside of their summer feeding in Antarctica. Supplementary feeding may become increasingly important as our Oceans change. Flexibility in feeding practices is important for a species’ ability to adapt to changing Ocean conditions such as increased temperatures and nutrient availability. As temperature and nutrients influence the Ocean productivity, this can ultimately affect the distribution and abundance of prey species for larger marine species like Humpback Whales.

It is also possible that specialised behaviours such as bubble-net feeding may be increasingly observed as the East Australian Humpback Whale population continues to recover from industrial whaling. Such behaviours may have been present prior to over-exploitation, but are only now reappearing and being observed.

What does this mean for Tasmanian waters?

At present we do not fully understand the importance of Tasmania as a feeding ground to Humpback Whales and other cetacean species. However, by investigating how environmental variation and population dynamics can influence the feeding of Humpback Whales in Tasmanian waters, it will help us predict how future Ocean change may influence whale populations. This could also provide evidence for more effective management to reduce threats to Whales during known feeding periods.

The observations in Pirotta et al. were primarily from citizen scientists and highlight the importance of observing and recording our wildlife. In Tasmania you can contribute your whale sightings to the Tasmania Fluke Project (email your photos to madeleine.brasier@utas.edu.au or to Wild Ocean Tasmania), or report your sighting to the DPIPWE Marine Conservation Programme. So get out there and tell us what you see!

Who would have thought that our tiny business @wil

The coast has been alive this weekend down here! S

Tomorrow (Sunday the 26th June) is the Great Whale

The southern right whale is one of Tasmania’s ra

Today is World Albatross Day! It was launched in 2

The wind has finally eased and the seas have settl

Today is #WorldOceansDay ! The purpose of the day 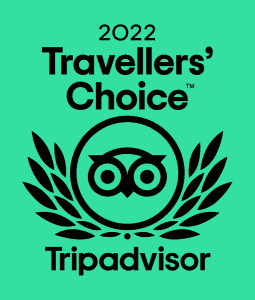 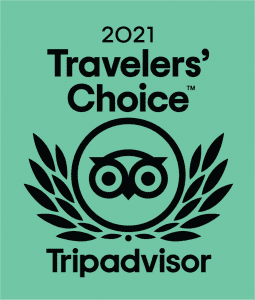